The Auvergne is a true paradise for nature lovers. In the nearby there are already 35 mapped walks, from easy to more difficult. We provide you with the hiking maps free of charge.

'La cascade du Gour Saillant' - one of the most beautiful natural waterfalls in the Combrailles in our own village.

'Le Gour de Tazenat' - a crater lake with a diameter of no less than 700m, walks of different distances possible, at the highest point you have a 360 ° view.

In the summer months also pedalo and more on the lake.

'La Roche de Sauterre' - from below and on top, this basalt rock is impressive. Again a beautiful view of the volcano massif.

Cyclists can also enjoy themselves. Enjoy a nice mountain bike circuit, but don't forget to take a look at the breathtaking volcanoes in the background from time to time.

You can rent mountain bikes in the nearby area. 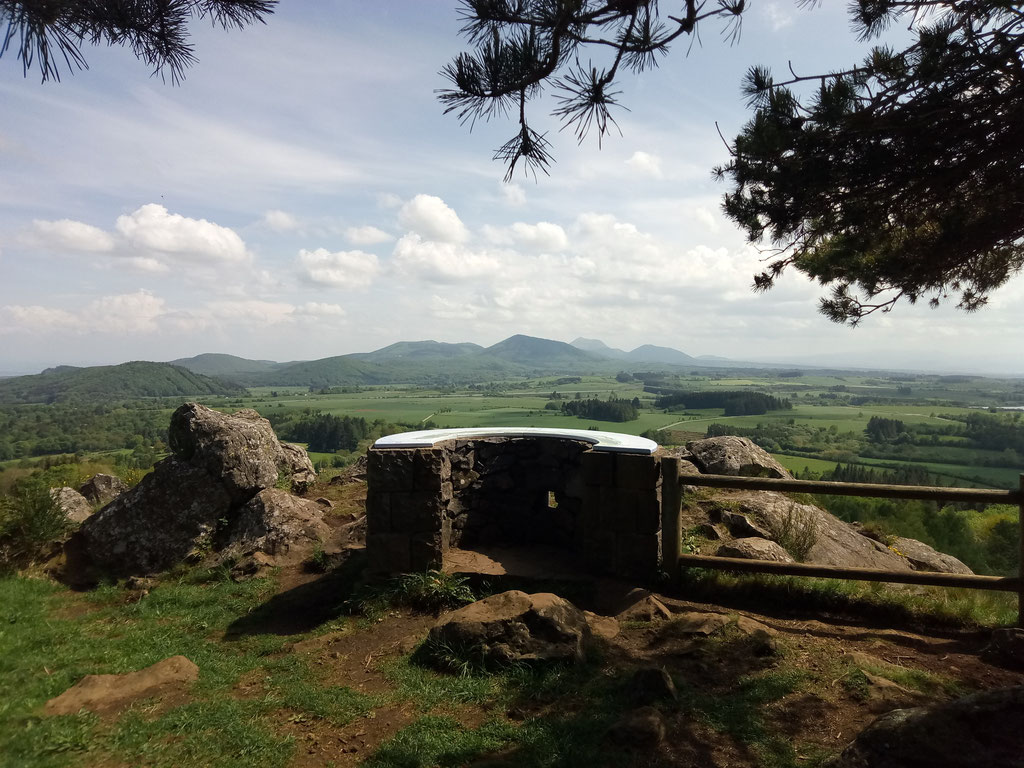 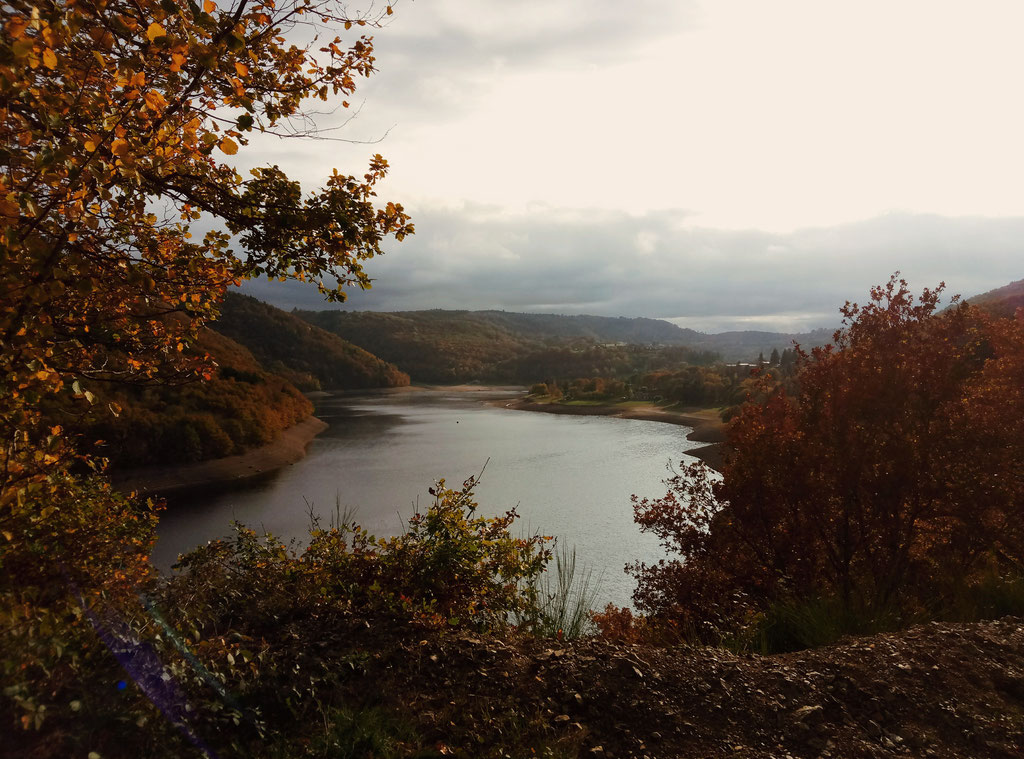 There is something for everyone within a maximum radius of 50 km.

In our neighbouring village Biollet is the Buddhist temple Dhagpo Kundreul Ling. This typical Tibetan temple is the most important and largest European temple within the Buddhist culture. The temple and bamboo garden are free to visit.

'La Grotte de la Pierre de Volvic' - An interactive visit to a former stone mine where the Volvic stone was mined at the beginning of the 20th century. The cathedral of Clermont-Ferrand owes its special black look to these stones.

Clermont-Ferrand - Worth a visit for its cathedral alone. You can of course also enjoy the beautiful historic center. Beautiful buildings, (covered) markets, cozy restaurants and - what did you think in the land of Voltaire - cozy book shops.

If you say Clermont-Ferrand, you say Puy de Dôme. The Puy de Dôme is, with its 1485-meter summit, the highest point of the 'Chaîne des Puys', a 30-kilometer-long volcano chain with no fewer than 80 volcanoes. Climb this former volcano on foot (a short but steep climb), or opt for the electric train that runs up and down every 20 minutes - www.panoramiquedesdomes.fr.

When you are bored with the views, you can visit the ruins of the Gallo-Roman Mercury Temple, which is also at the top.

Do you want even higher?

Then head to the central massif where you can climb the Puy de Sancy in the village of Mont-Dore. You can take the cable car almost to the top, then 860 wooden steps take you up to a height of 1886 meters, the highest peak of the central massif!

On the way to all that beauty, you will pass the Viaduc des Fades Besserve (5 km from our house). This former railway bridge was built between 1901 and 1909 and provided the connection between Clermont-Ferrand and Montluçon. With its 132 meters, this imposing structure was the highest in Europe!

20 minutes from our house is the start of a velorail route that leads you to the bridge by rail. An impressive and unique view! The bridge can only be visited via the velorail and is an adventure in itself. With the help of the electrical support you can effortlessly get back to the start.

Visit one of the castles in the area (Château de Chazeron, Château Dauphin, the ruins of Château Rocher, ...), or go on an interactive journey through the French Revolution in Manoir de Veygoux - the former estate of General Desaix's family. The children can dress up or participate in the treasure hunt.

During the summer months there are nice flea markets every weekend, and the village festivals are also special to enjoy the typically French atmosphere. 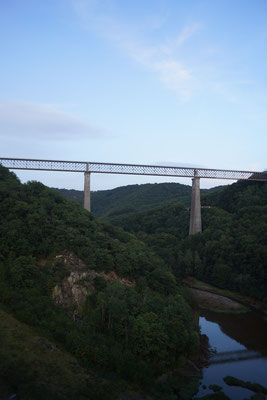 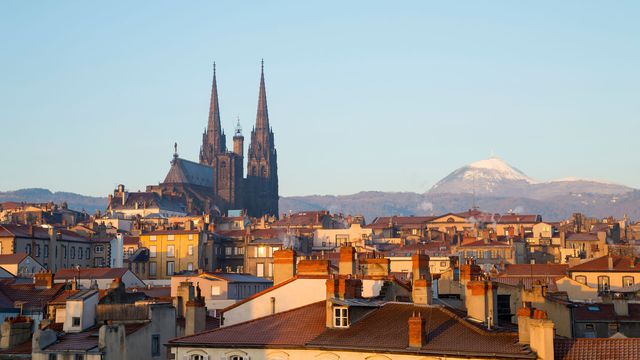 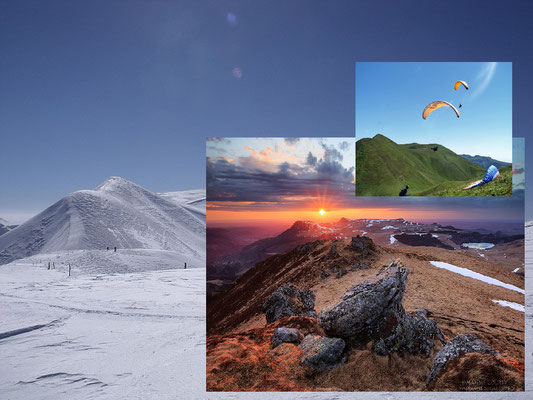 The children can enjoy themselves in one of the play or theme parks. In Parc Fenestre or Parc Mirabel, they can easily spend an entire day on all play equipment, climbing courses or even old school with a tire whizzing down a giant slide.

The somewhat tough climbers can go to Parc Ecureuil.

The little explorers find what they are looking for in Vulcania and Volcan de Lemptégy, where they are immersed in the wonderful world of lava.

The children were also thought of when it comes to hiking. At the "balades de papillon jaune", yellow butterflies point the way to the little ones.

If the legs are getting tired, opt for a walk on the back of a donkey at Le Havre aux Ânes or go for a ride through the Auvergnat forests on the back of a horse at the Manade des Combrailles.

And the water fun should not be missing. There are several beaches on the lakes, including a lot of extras at Confolant in the summer (kayak, pedalo, paddle surfing, inflatable structures, etc.) 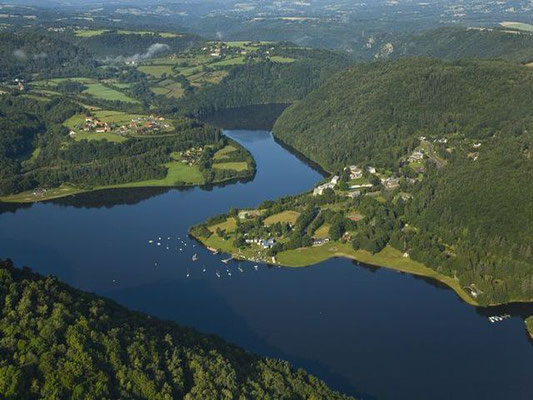 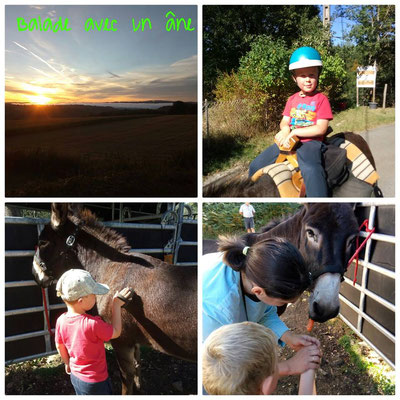 And there is more!

The Auvergne is that green because of the many springs and lakes. The fishermen will also enjoy themselves here!

For those who prefer sporting activities, they will find something to do in the water sports on the Sioule or in various climbing parks in the mountains.

To conclude, click here for a nice promotional video of our region. See you soon!